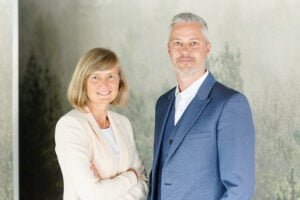 “I have worked with Anne and Matt for many years, and I am fully confident that they will
successfully steer the Easyfairs Group through the next stage of its growth,” said Eric Everard,
who founded Easyfairs in 2004. “They are both very strong and motivating leaders with very
complementary skill sets,”, he added. 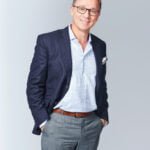 “In my new role as Chairman I will work to validate the Group’s vision and overall strategic agenda.
That means I will always be available to Anne and Matt to provide advice and act as a sounding board.
And I will play an active role in business development, working with fellow entrepreneurs to convince
them of the benefits of working with the Group, and supporting the Group’s overall growth plan.”

Members of Easyfairs’ independent Advisory Board welcomed the appointments. Denzil Rankine,
Chairman of AMR International commented: “Congratulations to Anne and Matt. Their highly
complementary skills have already been major contributors to the growth and success of Easyfairs.
With Eric now as chairman, we can expect this accomplished management team to continue Easyfairs’
industry-leading innovation and outpace the market.“

Nick Forster, who has more than 30 years’ experience in the sector, mostly with Reed Exhibitions,
added, “It is a testament to the strength of Easyfairs that the new leadership has come from within
the Group.“

Anne Lafère said, “Despite the success in bouncing back from nearly two years when live events were
impossible across Europe, Easyfairs, and the industry in general, faces numerous challenges in these
turbulent times.” On top of the need to drive a recovery in numbers of visitors and exhibitors, she
cites Easyfairs’ goal to launch 15 or more new events per year, the integration of new acquisitions,
talent acquisition and retention and Easyfairs’ ESG strategy and net zero roadmap.

“Having enjoyed working with Anne for the past 13 years I believe the approach is the right one to
meet the challenges ahead and I am looking forward to a constructive and fruitful partnership,”
Matt Benyon said. “We will be dividing our responsibilities based on competence areas rather than
by geographies. My focus will be revenues, growth drivers and M&A, while Anne will be focused on
talent, technology & marketing, ESG and customer experience.”

The duo will share responsibilities for strategy, legal and financial issues and can count on strong
support from the Heads of Region and the management team at Easyfairs HQ in Brussels.
“Diversity of experience will be a positive asset in the co-CEO model, especially with Eric’s wise
counsel on new ideas,” Lafère concluded. 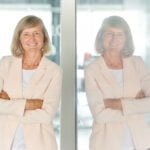 Anne Lafère joined Artexis (later Easyfairs) in 1998, serving as Managing Director of Artexis Exhibitions Belgium before her appointment as Easyfairs Group Chief Operating Officer in 2014. Since then she has developed the Easyfairs ecosystem with a centralised technology backbone and tools, industrialised processes and training for all functions and departments. As well as reducing operational costs, this approach has enabled Easyfairs to reproduce its success across multiple regions and markets. In order to bring Easyfairs talents to their full potential, Lafère also created The Easyfairs Academy, offering all employees a blend of face-to-face education and training and
e-learning. She also drove the Group’s digital and data intelligence roadmap with the development of strong digital products such as EasyGo, accounting for 10% of revenues.

Under Lafère’s leadership Easyfairs has won several awards and recognition including Belgium’s
Enterprise of the Year in 2018, organised by EY, and the Best Managed Company label awarded by
Deloitte, which Easyfairs received for the fourth year in a row in 2022.

Matt Benyon joined Easyfairs in 2009, initially as CEO for the UK division before being appointed CEO of the UK and Global (UKG) division within the Group, extending his responsibilities to Algeria, France, Italy, Portugal and Spain as well as the UK. He has also managed many events in the US, China and the UAE. Benyon has been involved in numerous acquisitions and their subsequent successful integration within the Group. He has driven revenue and EBIT growth year on year through a combination of careful cost management and putting Easyfairs visitor and exhibitor communities at the centre of all decisions.

About Easyfairs
Easyfairs organises and hosts events, bringing communities together to visit the future.
We currently organise 200 face-to-face events in 14 countries (Algeria, Belgium, Denmark, Finland,
France, Germany, Italy, the Netherlands, Norway, Portugal, Spain, Sweden, Switzerland and the
United Kingdom) and manage eight event venues in Belgium, the Netherlands and Sweden (Antwerp,
Ghent, Mechelen-Brussels North, Namur, Gorinchem, Hardenberg, Malmö and Stockholm).
We are passionate about “easifying” the life of our customers and increasing the return on
investment and return on time for professional communities through our all-in formulas, advanced
technology and customer-centric approach. Our digital features and initiatives provide these
communities with excellent opportunities to network effectively and do business throughout the
year.

The Easyfairs Group employs 700 highly committed talents, deploys the best marketing and
technology tools, and develops brands with a strong appeal to our stakeholder communities.
For the fourth year running, Deloitte conferred “Best Managed Company” status on Easyfairs in
2022. In 2018 Easyfairs was named Belgium’s “Entrepreneur of the Year®” and a “Great Place to
Work”.

The company is ranked 17th in the list of the world’s leading exhibition companies.

Visit the future with Easyfairs and find out more on www.easyfairs.com